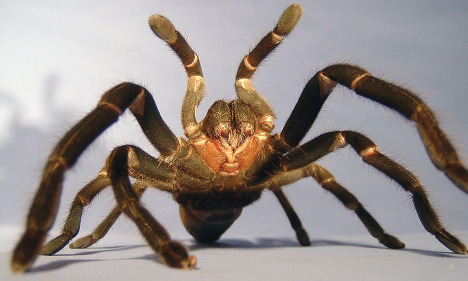 According to police, a 20-year-old who was returning from a trip to the African countries of Mozambique and Mali, had forgotten the backpack on a train arriving at the station.

When he returned to the lost and found to pick up the bag, he opened it and the five to six centimetre spider came out.

Startled workers called police officers, who trapped the animal in a lunchbox. An expert later identified the spider as an African species of tarantula that is not generally deadly, though can give an unpleasant bite.

While tarantulas look terrifying, no species is known to be deadly to people. Some African varieties, however, can cause great pain and even hallucinations when they bite.

It is not the only exotic spider appearance Germany has seen lately. Last month, a deadly Brazilian wandering spider jumped out of bananas at a Saarland supermarket, prompting the store’s temporary closure.