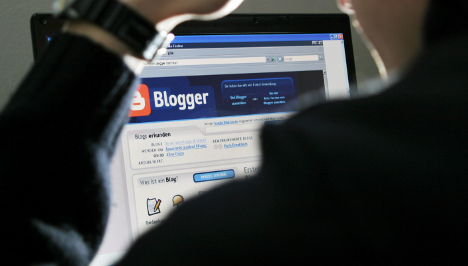 The Greens, the centre-left Social Democrats (SPD) and the liberal Free Democrats (FDP) all spoke out against Friedrich’s demand that Germany consider forcing bloggers to become more accountable by revealing their names.

“Politically motivated perpetrators like (Anders Behring) Breivik these days find any amount of radicalized, undifferentiated theses on the internet,” Friedrich told news magazine Der Spiegel at the weekend. “There, they can move from blog to blog and swim through this ideological brew. Why don’t Fjordman and other anonymous bloggers have to reveals their true identities?”

Fjordman is the pseudonym used by an influential and widely read Norwegian anti-Muslim and anti-immigration blogger who was cited repeatedly by Breivik, who killed 69 people. Most of his victims were young members of Norway’s centre-left Labour Party and he said he was motivated by his opposition to Muslim immigration to Europe.

In recent days Fjordman publicly identified himself as 36-year-old Peder Jensen in an interview with Norwegian daily VG. Jensen has also been interviewed by police and had his computer seized. He admitted to VG that he had exchanged emails with Breivik in 2009 and 2010.

Friedrich added that the basic tenets of German law “must apply also on the internet” and that bloggers should make their arguments “in plain view.”

Friedrich went on to say that the internet was creating a new form of radicalised individual perpetrator for which authorities needed to be prepared.

“We have more and more people who are isolated from their social environment and immerse themselves in a world of their own on the net. There, they change, mostly without anyone noticing. That’s a great danger, including for Germany.”

“The demand that everyone has to go around with a personal identification on their forehead is not compatible with constitution,” von Notz told the daily Berliner Zeitung.

Lars Klingbeil, an MP with the SPD, told the Berliner Morgenpost that the more important issue was finding ways to prohibit online material that was extremist or incited violence.

“The problem is rather commentary that is still not punishable but which reveals extremist content,” he said.

By comparison, it was vital for bloggers in countries such as Syria and Libya to have anonymity, he said.

Burkhardt Müller-Sönksen, media policy spokesman for the FDP, Friedrich’s own coalition partners, said the idea of ending anonymity was impracticable.

“Commentary and blogs are not controllable on the world wide web,” he told the Berliner Morgenpost. “Anyone can get an email (address) under a false name. How does Mr Friedrich plan to check that?”