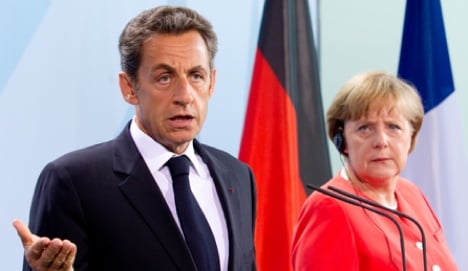 US President Barack Obama spoke separately to France’s President Nicolas Sarkozy and German Chancellor Angela Merkel as Western nations cranked up pressure on Assad, on a day when another 14 people were killed in Ramadan protests in Syria.

“The leaders condemned the Assad regime’s continued use of indiscriminate violence against the Syrian people,” a White House statement said.

“They welcomed the August 3 presidential statement by the UN Security Council condemning Syria’s actions, but also agreed to consider additional steps to pressure the Assad regime and support the Syrian people.”

The telephone consultations come as Washington appears to be moving towards a direct call for Assad to leave, after saying this week his presence was now fomenting instability and leading the Middle East down a dangerous path.

The Obama administration had also said in recent days that it will press its allies in Europe and the Arab world, which are seen as having more leverage over Assad than Washington, to do more to increase pressure.

Earlier, activists said that Syrian security forces shot dead at least 14 people as thousands of people rallied in the streets against Assad on the first Friday of Ramadan to support the protest hub of Hama.

The Syrian government has sought to crush the democracy movement with brutal force, killing more than 1,649 civilians and arresting thousands of dissenters, according to the Syrian Observatory for Human Rights Group.