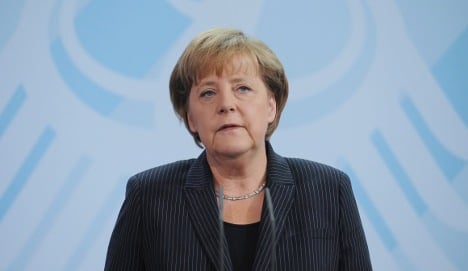 Merkel was prepared to interrupt her summer holiday in South Tirol to speak with French President Nicolas Sarkozy and Spanish Prime Minister José Luis Rodríguez, but she so far has ignored calls from opposition politicians for her to return to Berlin.

Barroso wrote to European leaders on Thursday calling for more money to be earmarked for the fund to stop a spreading of the eurozone debt crisis. Yet his suggestion was widely cited as one of the factors exacerbating fears of a collapse of the world economy, which led to steep losses and even panic on the stock markets this week.

Commerzbank’s head of interest strategy Christoph Rieger, said Barroso had poured oil into the fire of the crisis and made things worse rather than better.

“Such a debate comes at the worst possible time,” said Rösler. “It was just two weeks ago that wide-reaching and good decisions were made,” he said, referring to the July 21 decisions on a Greek rescue package and making the EFSF more flexible.

Rösler said those measures needed to be taken first. “Therefore I see absolutely no need for a renewed discussion.”

A similar message was relayed from the Chancellery. A statement said it, “wasn’t clear how reopening the debate two weeks after the summit would calm the markets.”

“In order to secure the euro we need an effective and strong stability and growth package two, and not an irresponsible letter from Brussels,” he told the German tabloid paper Bild on Friday. “It is rash and negligent to now question something upon which heads of state and government have only just agreed.”

Yet European Union Currency Commissioner Olli Rehn said he was prepared to conscience changes to the EFSF, telling the BBC’s Radio 4 the fund needed the respected of the finance markets in order to be effective. “We are ready to adapt our crisis management course in order to achieve more credibility and efficiency,” he said.

The Chinese government said it was keen to buy up further European government bonds. The country’s foreign minister Yang Jiechi, on a visit to Poland said, “China always had trust in the eurozone and the euro. China will continue to support Europe and the euro in the future.”

Yet there was little optimism to be found on the world’s markets, where the global sell-off of the last few days continued on Friday. A crash on Wall Street, and terrible performance on the Asian markets led the German market to open with sales, with the Dax falling nearly 4 percent shortly after trading started.