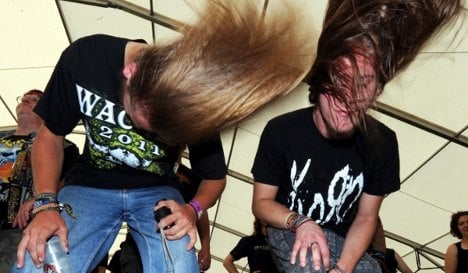 Kicking off in earnest on Thursday, Wacken will rock fans from around the world through Saturday night with over 120 bands playing six stages. There’s also a movie field, as well as games and competitions in the festival “village.”

Metal heads went crazy Thursday night as British legend Osbourne performed his solo material and a few Black Sabbath hits before spraying the crowd with foam during his set.

Despite this year’s motto “Louder than Hell,” the 1,800 inhabitants of Wacken remain firm supporters of the heavy metal festival, which was started by youths from the region back in 1990.