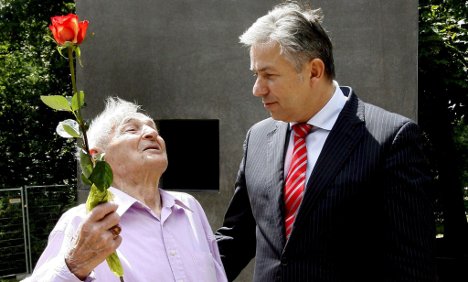 “Rudolf passed on peacefully in his sleep at dawn on August 3,” at an old people’s hospital in Bantzenheim, eastern France, said Philippe Couillet, a friend and associate of the deceased.

Brazda, born in 1913 in Thuringia, was sent to the Buchenwald concentration camp in August 1942 and remained there until it was liberated by US troops in 1945.

After the war he moved to Alsace, the eastern French region that borders Germany, and lived there until his death. He was awarded France’s Legion of Honour in April this year.

Tens of thousands of people were convicted under Nazi Germany’s laws that made homosexual acts a crime.

Those who were sent to concentration camps had to wear a pink triangle on their prison clothes that identified them as being gay.

French local officials said Brazda would be buried next Monday in Mulhouse in eastern France.