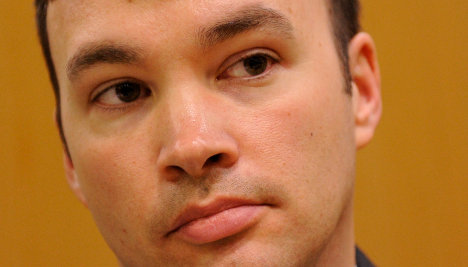 In a ruling that sparked outrage, the regional court in the state of Hesse found that the “human dignity” of Magnus Gäfgen had been violated during questioning in 2002 over the disappearance of a banker’s 11-year-old son.

The police believed at the time that the abducted child, Jakob von Metzler, could still be alive after his parents paid a €1-million ransom to Gäfgen.

It emerged later that the boy, whose family owns one of Germany’s oldest private banks, was already dead at the time of the interrogation. Gäfgen was convicted in 2003 of murder and sentenced to life in prison.

In awarding Gäfgen €3,000 plus interest, presiding judge Christoph Hefter said the killer had been the victim of “serious rights violations” that could not be rectified under German law without the payment of compensation.

Gäfgen, 36, had demanded €10,000 for pain and suffering as well as other damages, saying he had been threatened with “torture” and was still suffering from psychological trauma.

The policeman who questioned him and his senior officer were convicted in 2004 and fined but their sentences were suspended.

The European Court of Human Rights had last year ruled that Gäfgen had been subjected to “inhumane treatment.”

During his trial, Gäfgen confessed that he had abducted Jakob, whose family controls the Metzler private bank in Frankfurt, on September 27, 2002, as the boy made his way home from school.

Gäfgen, who was known to the Metzler family, described how he lured the boy to his flat and then bound his mouth and nose with adhesive bandages.

When the boy stopped moving after Gäfgen pushed on his face with his hands, he immersed the child in water in a bathtub to ensure that he was dead.

The Metzlers paid the ransom demanded by Gäfgen, but their son’s body was recovered from a pond near Frankfurt four days after he disappeared. Most of the money was later found at Gäfgen’s home.

The case attracted intense media coverage and ahead of the ruling the top-selling daily Bild splashed the headline across its front page Thursday: “Damages for a Child Murderer? Judge, stop this!” with a picture of Hefter.

The GdP police union said the judgement was “emotionally very difficult to endure” and argued that officers must be able to use tough interrogation methods in situations in which lives are believed to be at stake.

“Neither torture nor even the threat of torture are instruments at the disposal of a police force operating under the rule of law,” union chief Bernhard Witthaut said in a statement.

“But family members, as well as all citizens, have a right to expect that the police will try to question an alleged murderer to such an extent that the potential victim can at least be found quickly, if not rescued.”

The interior affairs spokesman for the ruling Christian Democratic Union, Wolfgang Bosbach, slammed the verdict as “a slap in the face for the parents and relatives of the victim Jakob von Metzler.”