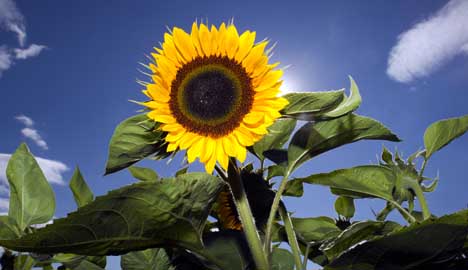 Tuesday should bring sunny skies and temperatures as high as 30 degrees Celsius to southwestern Germany, with similarly summery conditions spreading across the country later in the day and on Wednesday.

Yet it won’t last long. Even by Wednesday afternoon, a low pressure system coming up from France will bring storms and rain back to southern and western Germany, though the mercury should climb to as much as 31 before the thunderclouds arrive.

Anyone wanting to use the warmer weather for a chance to swim had better hurry. The DWD is expecting rain at the weekend with high temperatures of 24 degrees – and predicts that next week won’t be much better.

“It hasn’t been a proper, solid summer,” Scholz said.

The heavy rain has particularly affected the east of the country. In the Rostock-Warnemünde region alone, there was 344 litres of rain per square metre in July.

Across the country, the average temperature for July was 0.8 degrees below that of a typical year.