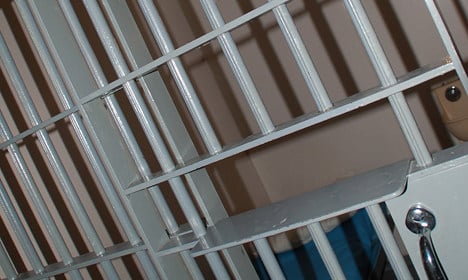 Two years ago, Verena Habicht was looking for a pen pal who could help her improve her English.

But the Mönchengladbach native ended up finding a best friend on the other side of the Atlantic Ocean. The only problem? The 28-year-old man is in prison in Texas.

He’s doing 20 years for robbing a convenience store for cash and lottery tickets, but Habicht says that doesn’t matter. In fact, she’s even falling for him.

“I could imagine something more when he gets out,” she told The Local recently. “We’re best friends now. We write to each other about everything possible.”

No one tracks exactly how many Germans are in contact with American prisoners, but it’s clear that Habicht is far from alone.

Thousands of Europeans develop pen pal relationships with convicts each year, often through websites advertising prisoners’ names, addresses and details about their offences. Some of the most popular inmates are those American society considers the worst of the worst – robbers, sex offenders or prisoners on death row in places like Texas.

Writers’ motivations vary. Some feel a religious calling to comfort those behind bars. Others are deeply opposed to the American justice system, especially its use of the death penalty. Yet others, like 26-year-old Habicht, say they are just searching for friends. Occasionally, these relationships blossom into something more.

All the interest from abroad has been a boon to websites like writeaprisoner.com, which connects tens of thousands of prisoners and potential pen pals each year.

The company’s president, Adam Lovell told The Local that prisoners who develop friendships with outsiders are more likely to maintain their sanity in prison and be successful when they get out. Though fellow Americans are the biggest group seeking US prisoner pen pals, Europeans are a close second, he said.

“It’s very important for them,” said Lovell, who himself has had friends in prison. “For the people who write them, it’s often about empathy, it becomes more of a do-gooder type of thing.”

But writing to prisoners can be risky too, said Michelle Lyons, a spokeswoman for the Texas Department of Criminal Justice.

“While certainly some requests may be sincere, people should be aware that inmates can be extremely manipulative and people should use caution,” Lyons said.

On occasion pen pal relationships develop beyond the paper and pen into actual visits. They have turned into full-fledged romances and even the occasional marriage.

An entire industry of sorts has sprung up to support burgeoning relationships between pen pals and their prisoners. In addition to the websites facilitating communications, in places like Livingston, Texas – just five miles southwest of the state’s death row – a series of budget hotels happy to cater to foreign visitors has sprung up.

So can relationships between inmates and pen pals be healthy or are they inherently pathological?

It depends on whether pen pals have a strong sense of self and know what they’re getting themselves into, experts say.

“These relationships can be extremely exciting, like romance novels in a way,” said Sheila Isenberg, who researched the topic extensively for her book “Women Who Love Men Who Kill.”

“I don’t see these relationships as a positive or a negative – they are what they are,” she said. “But I don’t think they’re necessarily very healthy.”

But Ulrike Benn, a 37-year-old single mother from the northern German city of Kiel, disagrees.

She’s been writing prisoners on death rows across the United States since April and received about five letters back. Benn says she’s searching for excitement or love, but rather is looking to comfort people she suspects might be lonely.

And she wonders why that could be considered unhealthy.

“I just think these prisoners need contact, they need people to talk to,” Benn said. “I’ve told them they can tell me everything.”

Habicht too said she’s not concerned about the future of her relationship with the 28-year-old armed robber.

Though family members initially worried about her safety, one of her aunts has since decided she too wants to write prisoners.

Last year Habicht visited her friend in Texas to see if there would be any sparks. There were. She hopes that if he gets out of prison on parole in a few years, he’ll come to Germany to visit and spend time with her.

“We just stared into each others eyes for a long time,” she recounted of her prison visit. “It was wonderful. There’s definitely something there.”