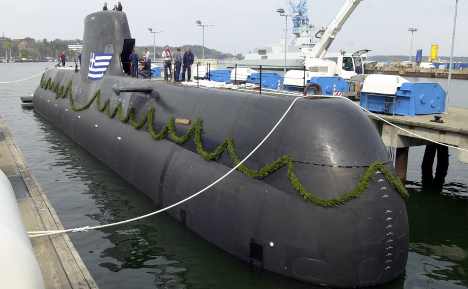 Berlin and Paris are considering opening talks later this year on a similar alliance in the field of naval construction, which would involve the German ThyssenKrupp group and the French DCNS military dockyards, the Financial Times Deutschland newspaper reported on Monday, citing sources close to the negotiations.

However, ThyssenKrupp released a statement saying it was not currently involved in

talks with DCNS on a possible alliance and that no such talks were planned for the future.

Germany had long rejected such a deal, fearing disputes with France over political control of the group and over which dockyards would remain open.

Nonetheless, a recent failure by ThyssenKrupp to sell its Blohm and Voss dockyards

to Abu Dhabi MAR has given new impetus to the project, which is backed by French President Nicolas Sarkozy, the paper said.

A joint venture might see France take charge of the construction of frigates, while Germany would be responsible for submarines, the paper suggested.

A recent deal between the French DCNS and the German electronic specialist Atlas Elektronik, a joint venture involving ThyssenKrupp and EADS, for manufacturing torpedoes could serve as an initial test for such a joint venture, the paper added.