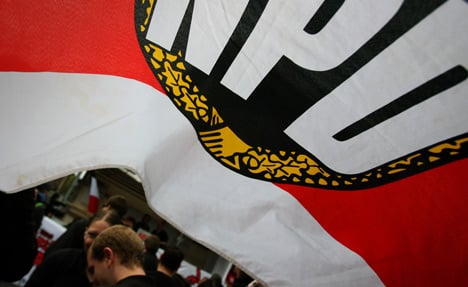 “I have long been for an NPD ban,” Gabriel told the Bild am Sonntag newspaper.

“No one can explain why their rabble-rousing has to be supported by taxpayers,” he added, referring to campaign financing laws that entitle the party to government funds.

Social Democratic Party (SPD) Vice-Chairman Olaf Scholz would also like to see the party made illegal, telling the Hamburger Abendblatt last week that the NPD isn’t “compatible” with Germany’s constitution.

The debate over an NPD ban resurfaced in the wake of the mass killings in Norway by Anders Behring Breivik, who espouses far-right views and claims to have contacts with other European extreme-right political groups.

But conservatives have expressed opposition to beginning another legal process to ban the party.

A previous government petition to ban the NPD failed in 2003 after Germany’s highest court refused to grant a main hearing in the case, saying the government had placed informants in high-ranking positions in the party, which did not past muster with constitutional experts.

This weekend, German Interior Minister Hans-Peter Friedrich criticized Gabriel’s position, saying “whoever raises the issue of an NPD ban right after the incident in Norway is exploiting, or even abusing, this tragic event for his own political ends.”

Even within the SPD the matter is controversial. The party’s domestic affairs spokesman in parliament, Dieter Wiefelspütz, told the Ruhr Nachrichten newspaper that banning the far-right party as well as taking away its party financing privileges would be constitutionally problematic.

In addition, he said, there is no political majority for a ban.

But there is a majority among Germans. According to a poll by the Emnid group commissioned by the Bild am Sonntag, 68 percent would like to see a ban enacted, while 24 percent are against one.