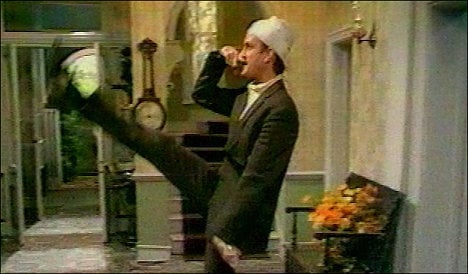 A range of BBC shows, both new and old, will be available, though the app will be limited for now to owners of iPads.

“The app will allow millions of Brits living abroad to experience the pleasure of home away from home through a rich archive of classic and contemporary British programmes,” the public broadcaster said in a statement released Thursday.

Some content, such as clips and single episodes of TV series, will be available for free, but a subscription service will be needed for most on-demand content. The subscription costs €6.99 per month or €49.99 per year.

The iPlayer app is available at www.bbc.com/iplayer/tv. It was launched across Western Europe on Thursday.

The UK version of the BBC’s iPlayer is also available on Android, Google’s operating system used on many handheld devices. But the new global version, which is being launched for a trial phase, is restricted to Apple’s iPad only.

The app has eight categories – news and documentary, entertainment, drama, comedy, science and nature, family and kids, music and culture, and lifestyle. The BBC said in its statement that hours of new programming would be added each day.

There will be also be curated collections of programmes around such topics as David Attenborough or the history of the British Royal Family.

The British version has come under fire for being available only via a Wi-Fi internet connection. This will also be the case for the global version, but the BBC said in its statement that the app allowed both streaming and downloading, so that shows could be watched offline when the subscriber can’t access a Wi-Fi spot.

The global version of the app is being sold by BBC Worldwide, a commercial subsidiary of the BBC that aims to raise revenues from around the world. People living in Britain pay for the BBC through TV licence fees.