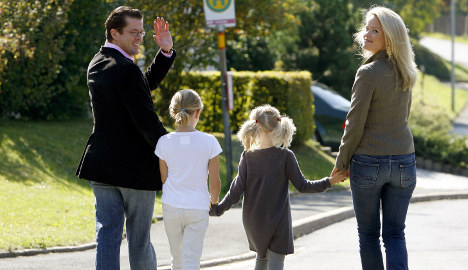 The former rising star of German politics, who quit on March 1 after being accused of plagiarising substantial parts of his PhD dissertation, made it known in June that he wanted to live for several years overseas with his family.

Broadcaster ARD reported Thursday that Guttenberg had bought a house in Connecticut, just north of New York. There, he plans to write a book and hold lectures. Guttenberg is known as a strong trans-Atlanticist who is popular in US political circles.

Guttenberg , 39, is a Bavarian aristocrat whose family fortune has been estimated at about €800 million. His wife Stephanie is a descendant of Otto von Bismarck. Together they have two daughters.

His former university, the University of Bayreuth, confirmed after its own investigation that large sections of the dissertation had indeed been copied and withdrew his doctorate. It remains unclear whether Guttenberg is able to make a political comeback in the future, at least at national level. Most commentators thought in the wake of the scandal that such a comeback would be difficult.

Connecticut, just to the north of New York, is a wealthy and New England state with the highest per capita income in the US.