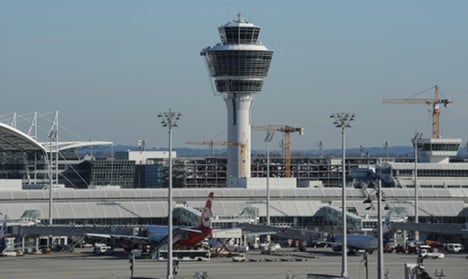 Expected to be finished by 2015, the expansion would allow 120 planes to take off and land at the airport per hour instead of the current 90.

The approval comes as airport officials hope to turn Munich into a major hub on par with Germany’s largest, Frankfurt Airport. But it is facing steep opposition from some residents and conservationists who are backing lawsuits to stop the expansion.

The airport says it’s sticking close to its current ambitious plans. By 2025, officials hope to play host 58 million passengers each year instead of the current 35 million. That would put it level with where Frankfurt stands today.

It would ensure that “tens of thousands of people at the Munich hub find work,” he said.

Proponents of the expansion say there are safeguards in place to appease critics. Flights on the third runway will only be allowed between the hours of 6 am and 10 pm. And the airport is offering to pay property owners affected by airport noise market value for their property.

But expansion opponents AufgeMUCkt (a play on words using Munich’s airport code MUC) said its concerns, which include excessive noise and environmental destruction, are not being addressed.

Debate over a possible airport expansion has gone on for about six years. About 85,000 complaints from citizens and more than a dozen municipalities have been registered during a lengthy consultation process.

People concerned about the airport’s plans can still lodge complaints until November.