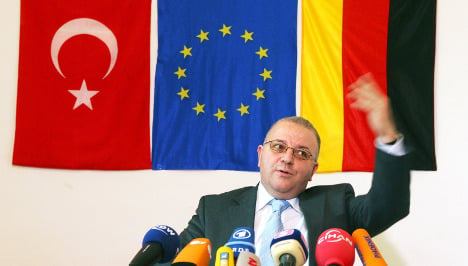 The chairman of the Turkish Community in Germany, Kenan Kolat, called on Tuesday for Interior Minister Hans-Peter Friedrich, to convene a “prevention conference on the theme of Islamophobia.”

There needed to be a show of strength against right-wing extremism and xenophobia, he said. Kolat added that a ban on the far-right National Democratic Party was also needed, though this would not solve the problem in itself.

“These attitudes are there in the community – and we have to fight them together,” he said.

Anders Behring Breivik, a Norwegian far-right nationalist, has admitted killing at least 76 people in a mass shooting on the island of Utoeya and a bombing in Oslo, last Friday.

Breivik killed mostly young Norwegian members of the centre-left Labour Party who were on a summer camp. But he expressed in a 1,500 page manifesto the view that Islam was taking over Europe. The case has raised questions about whether there is a simmering far-right fringe in Europe ready to carry out further attacks, including against Muslims.

The chairman of the Islamic Council for the Federal Republic of Germany, Ali Kizilkaya, also expressed concern that the Norway massacre represented a deeper problem. He said on Tuesday that Islamophobia was “very underestimated” in Germany and that the whole society must carefully consider how a “a culture of tolerance” could be promoted.

He blasted the federal government’s present integration policies as “at a dead end.”

“Something is awry when a xenophobic and Islamophobic book becomes a best-seller,” he added, apparently referring to ex-central banker Thilo Sarrazin’s best-selling polemic, “Germany Does Away With Itself,” which was published last year.

Sarrazin, also a former Berlin finance minister has come to epitomise a controversial form of populist anti-immigration and anti-Islamic rhetoric that critics argue may fuel the views of extremists like Breivik.