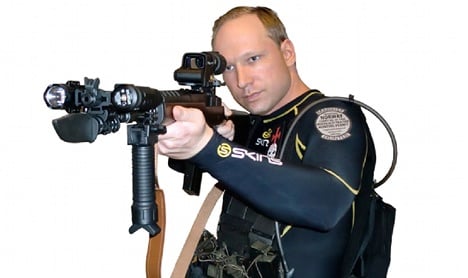 Meanwhile, German authorities were investigating whether Breivik may have had contact with Germany’s extreme-right scene, particularly in Hamburg. Neo-nazis there are known to have strong links with Scandinavia.

Wolfgang Bosbach, a Bundestag member with Merkel’s centre-right Christian Democratic Union said the Norway shooting made him worried about far-right extremists in Germany.

“Such hate-filled groups and people,” exist in Germany too, he told the daily Mitteldeutsche Zeitung.

But at the same time, German political leaders have fretted that there’s little that can be done if a person wishes to create chaos.

Terrorism expert Rolf Tophoven said such attacks cannot be avoided in an open and liberal society.

“An attack like in Norway would have been difficult to prevent in Germany, he told Dortmund’s Ruhr Nachrichten.

Amid the fear, some German leaders were calling for new government powers in order to confront the perceived threat.