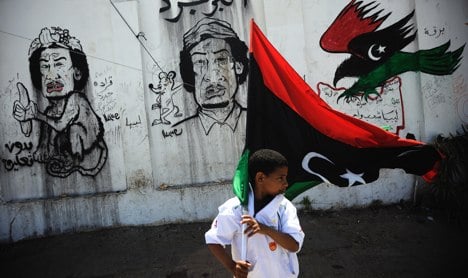 “Because of Colonel (Muammar) Qaddafi’s war against his own people the situation in Libya is extremely difficult,” German Foreign Minister Guido Westerwelle said in a statement.

“There is a lack of means to build up the necessary structures and to relieve supply shortages, all the way from medical equipment to food. People are suffering more and more as a result, particularly in eastern Libya.”

Libya has been wracked by a civil war since a violent uprising against Qaddafi, in power for more than four decades, swept the country five months ago.

While a NATO bombing campaign has managed to prevent the fall of opposition-held cities such as Benghazi and Mistrata, it has not been able to dislodge Qaddafi’s regime.

Westerwelle said that the new loans would be guaranteed by “Qaddafi’s billions” – assets of the Libyan leader frozen under international sanctions – until they can be made available to the Libyan opposition.

The decision followed a meeting in Istanbul on July 16 that saw Western and regional powers boost the Libyan rebels by designating them country’s legitimate rulers, a move that gives them access to vital funds.

Europe’s top economic power abstained on a UN Security Council resolution – it currently holds a non-permanent seat on the 15-member body and is chair this month – in March authorising a Libya mission to protect civilians and enforce a no-fly zone.