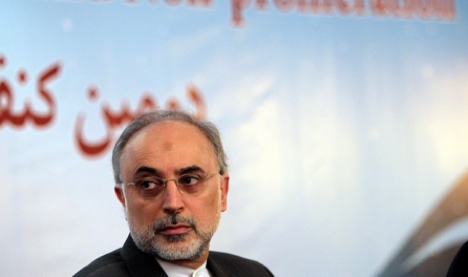 Haji Ahmadi’s rebels at the Party of Free Life of Kurdistan (PJAK) operate out of bases in neighbouring Iraq’s autonomous Kurdish region, and have been involved in deadly clashes with Iranian troops for many years.

“The German government should put on trial Rahman Haji Ahmadi, the leader of the terrorist group who lives in Germany,” Foreign Minister Ali Akbar Salehi said in a phone conversation with his German counterpart Guido Westerwelle, IRNA said.

Earlier on Saturday, the foreign ministry summoned German charge d’affaires Bettina Cadenbach to protest at Haji Ahmadi being allowed to live in Germany in what it called “encouragement for the terrorists to continue their crimes,” ISNA news agency reported.

Iran launched a major offensive on Saturday against PJAK bases, leaving at least eight members of Iran’s elite Revolutionary Guards, including a senior officer, dead in clashes with the Kurdish rebels on the border with Iraq.

PJAK has said two of its fighters were killed and four wounded. The autonomous regional government in Iraqi Kurdistan has demanded that Iran respect the border after a Guards commander said Iranian forces had taken “full control” of three PJAK camps inside Iraq.

In Tehran, the commander of the Revolutionary Guards ground forces, Brigadier General Mohammad Pakpour, demanded Baghdad and the Kurdish regional authorities prevent the rebels from attacking Iran from Iraqi territory.