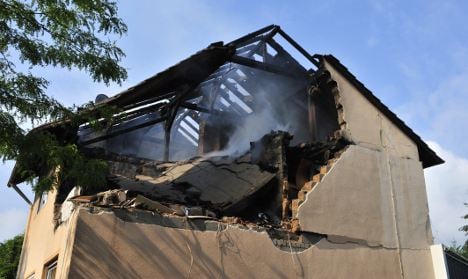 The woman lived on the second floor and rescue workers had been combing through rubble all morning until they found her at about noon.

The home had an oil furnace, but a police spokesman couldn’t confirm that the unit had sparked the explosion.

“That can always be a source of danger,” the spokesman said. “But we do not know yet.”

A family lived on the ground floor but only a nine-year-old boy was at home when the blast took place at about 8 am Thursday. Fire fighters called by neighbours arrived on the scene to find the boy standing at the window and carried him away unharmed.

The ground floor was apparently not damaged but authorities said they were worried the building could collapse.