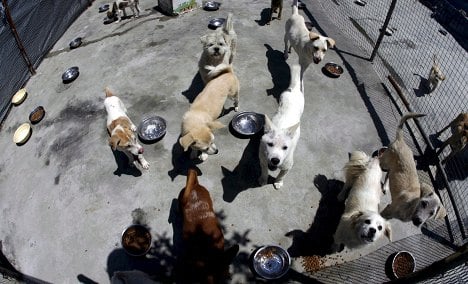 Neighbours in the Gladbeck apartment block obviously did not know what they were letting themselves in for when they complained about two canines being allowed to use the communal garden as a toilet.

The dogs’ owners – two women who shared a flat – complied with the request, but, according to the Westdeutsche Allgemeine Zeitung (WAZ), started to collect more furry friends.

Soon their small flat was filled with 20 dogs, eight cats and untold other small animals – and the rest of the building started to smell accordingly.

Landlord Dirk Große told the WAZ it has taken a year to get the two women and their pets to leave.

“At temperatures above 20 degrees, the whole building stinks bestially,” one neighbour complained to the WAZ.

Große told the newspaper he tried various things to get the women to give up the animals. He sent them an eviction threat, but the women got a lawyer, complained about a leak and stopped paying rent.

He called police and animal control officials on a weekly basis, but they told him there was nothing they could do.

Finally, a police officer took a special interest in the case and obtained a court order to have the animals removed. Last Friday, officials carted them away, according to the WAZ.

The women’s lawyer has informed Große that his clients are now searching for a new flat.

But though the stinkiness has come to an end, Große is still worried about what he will find in the flat will be in when he finally gets the keys back.

“If it is as I fear, I will have to sell the building,” he told the newspaper.