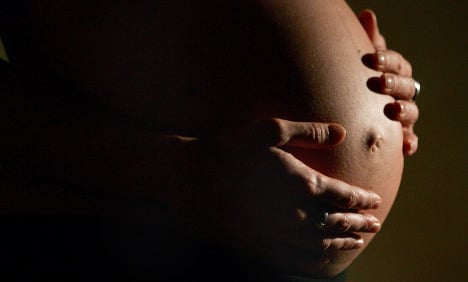 A study published this week by a group of biologists and psychologists from the University of Konstanz, suggests that the stress actually modifies how babies’ genes function.

“The mother’s body signals these children that they will grow up in a threatening environment,” said one of the study’s authors, Thomas Elbert. “Therefore, these children move more quickly from stressful situations into their fight or flight mode.”

Elbert said such children also tend to be more anxious and less curious.

“The child is prone in its later life to stress and mental illness,” he said.

The effect can stretch into adulthood, said the researchers, who say they have demonstrated the modification of a particular gene thought to be responsible for behavioural problems and vulnerability to mental illness.

Scientist Axel Meyer said, “We had not expected that this the influence exerted by threats could be so clearly demonstrated in the human genome.”

To perform the study, the researchers started with 25 mothers and children and tracked them and their biological data over time.

Children whose mothers were victims of domestic violence were found to be more fearful and had more psychological problems.

It’s not clear if there’s a particular stage of pregnancy at which a foetus is most vulnerable to the effects of a mother’s stress or if everyday anxieties such as work worries could also affect offspring, said the scientists who are continuing their research into the subject.