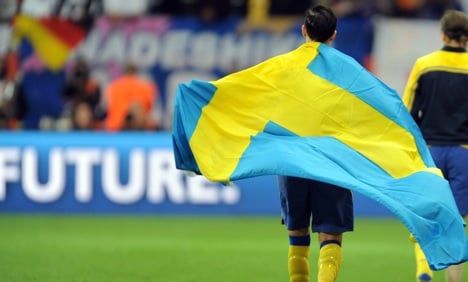 Sweden went down 3-1 to Japan in Frankfurt on Wednesday, the same night France were humbled at the hands of two-time winners the USA in Mönchengladbach by an identical margin.

While Japan and the Stars and Stripes march on to Sunday’s final, the French and Swedes will clash having both already secured the two available places at the London 2012 Olympic Games by reaching the semi-finals.

After his side were dominated by Japan, Sweden coach Thomas Dennerby explained why he pulled his squad together on the pitch in Frankfurt to demand they focus on finishing their campaign with another victory.

“This third-place play-off is very important for us, it is the reason why we got back together on the pitch,” said Dennerby.

“I told the players we win and lose together, I said they have to enjoy the next match as we will be fighting for a medal in a few days. We need to recover and not be depressed.”

Although Sweden striker Josefine Oqvist opened the scoring with the opening goal after 10 minutes, Japan hit back as striker Nahomi Kawasumi netted goals either side of half-time while captain Homare Sawa poached a header.

France suffered a similar fate at the hands of the US. After Lauren Cheney put the US ahead in Mönchengladbach, Sonia Bompastor equalized for the French before American forwards Abby Wambach and Alex Morgan put the result beyond doubt.

But the French are also determined to finish their campaign on a high with forward Gaetane Thiney insisting: “I think it’s important to show that we are the third best team in the world.”

France coach Bruno Bini said his side have done exceptionally well to reach the play-off.

“I’m proud of my players. Life’s still beautiful because we have earned the right to fight for third place, which is amazing when you consider nobody was talking about us two months ago.”

France had only previously played in one World Cup in 2003 where they failed to get out of the group stages.

For Sweden, the prize is bronze and the chance to perform their dance routine – inspired by French rapper Moussier Tombola’s hit Logobitombo – one more time for their fans in Germany.

“Thomas said that we could be disappointed, but wanted us to be proud of what we have achieved here and stressed that we have to come together for the game against France,” said Sweden defender Charlotte Rohlin.

“We want to be dancing again at the final whistle, knowing that we are the third-best team in the world. I want to win that game and every single member of the team wants to win. We are going to fight until the end.”