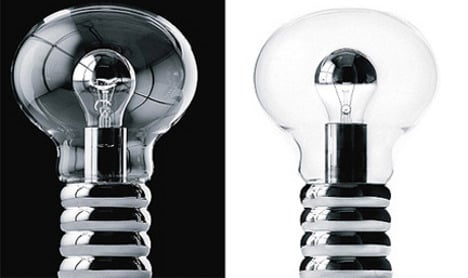 From luxury cars to precision machinery, “Made in Germany” still means quality craftsmanship around the world. But the Teutonic attention to detail goes far beyond engineering. This series features a diverse array of products from both well-known German brands and less famous firms. But no matter big or small, all of them are focused on being the best at what they do.

For more than forty years, Ingo Maurer has been one of the world’s preeminent light designers. Or, as the Cooper-Hewitt National Design Museum said of him when they featured his work in a solo show in 2007, Ingo Maurer is “part designer, part artist, part entrepreneur and magician.”

Born on an island in Lake Constance in 1932, Maurer studied typography and graphic design before emigrating to the United States. After spending three years in New York, he returned to Germany 1963 and settled in Munich. He founded his firm, then called “Design M,” in 1966. He won several design awards with his first manufactured lamp, “Bulb,” which looks very much like it sounds. It is now part of the design collection at the Museum of Modern Art in New York.

Since, the prolific designer has steadily created technically innovative, highly artistic lighting. His Zettel’z (‘notes’) chandelier from 1998 is made up of clips radiating from the light’s centre. The idea is that you clip your own notes to the light, creating a piece that, in the end, is all your own. His low-voltage YaYaHo lighting system, created in 1984, was a technological innovation. Later projects have the included the very artistic, from wedding outfits for bride and groom that light up thanks to LEDs to LED-lit wallpaper.

But the firm still makes plenty of lights that could go in your living room, like the beautiful Lacrime del Pescatore ceiling lamp (€1,200) in the shape of a sparkling fisherman’s net. The straightforward anodized aluminium Jetzt table lamp (€310) would brighten any office. The least expensive light, the Fly Candle, Fly!, cane be your for €41.50. Though if you’re feeling flush, you might want to spring for the super cool XXL Dome, retailing at €15,200. Last year, Ingo Maurer even designed his own bulb. Called the WoonderLux, it uses the classic light bulb shape, but illumination is generated by an LED.

Today, Ingo Maurer Design employs 60 people. A showroom in Munich opened in December 2008 following the New York showroom that has existed for 11 years. There, you can get a good overview of his work in one place – and buy whatever you like. Ingo Maurer lights are also distributed world-wide through a range of retailers, but production is entirely German-based.

“Sometimes the lights are made entirely by us,” said spokesman Thomas Happel. “Particularly the paper lights, which involve a lot of intensive artisanal work. Sometimes we contract parts of the lights to other firms, usually in the Munich area, then put the final product together here.”

This year, Ingo Maurer received a prestigious Design Award of the Federal Republic of Germany for his life’s work – something that is very much an ongoing project.