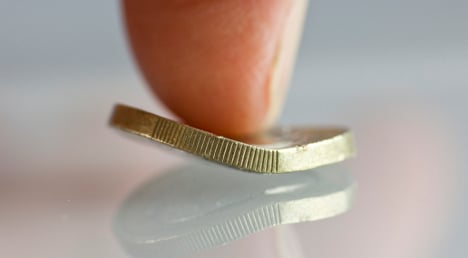 Yet despite having their reputations severely tarnished by past blunders, the major American credit ratings agencies are now playing a pivotal – and highly controversial – role in Europe’s debt crisis.

On top of this, Standard & Poor’s recently torpedoed a French-German plan to have private banks voluntarily contribute to the next bailout of Greece, by warning that it would likely constitute a default by the debt-laden Mediterranean country.

Anger is growing among European leaders, particularly in Germany. Former Economy Minister Rainer Brüderle, now the parliamentary leader for the pro-business Free Democratic Union, offered on Friday the latest and most detailed attack on the agencies.

Brüderle said blind faith in the judgements of “the opinion oligopoly of the three big US agencies” was one reason why risks in financial markets have been recognised too late. He called for “more competition through the establishment of an independent and privately financed EU ratings agency,” business daily Handelsblatt reported.

There is no doubt the leading credit agencies wield extraordinary power by passing judgement on those who borrow money, be they companies or countries. But are they too powerful, as the German government is now claiming? Are their prophecies self-fulfilling? And are they, as many critics argue, pushing Europe deeper into crisis?

“It’s absurd to accuse the ratings agencies of partial responsibility or even culpability in the horrendous state debt in the US or the eurozone,” Thomas Straubhaar, director of the Hamburg Institute of International Economics, told The Local. “A legitimate question, however, is whether the ratings agencies have warned in good time of the looming bankruptcy of Greece or other overindebted nations and whether their assessments are part of the solution or part of the problem.”

It’s not that they are bad at their job. Rather, the business is plagued by a lack of competition, conflicts of interest and unrealistic expectations. Accurately predicting a debtor’s ability to repay is inherently problematic – a fact that neither the agencies nor the financial world properly acknowledges.

“How scientific is finance?” said Stefan Homburg, director of the Institute for Public Finance at Hannover’s Leibniz University, rhetorically when asked about how scientific ratings’ agencies methods actually are.

Homburg, as it happens, defends the agencies, arguing they have improved since the 2008 crisis. Back then, they were blasted for being too generous in their assessments. Now they are effectively being attacked for being too strict.

“It is not reasonable to attack them precisely on the grounds that they have become more critical,” Homburg told The Local.

Still, many European leaders, including those in Germany, have deep misgivings about the disproportionate influence of the three US-based firms on the European debt crisis.

Straubhaar agreed that more competition was essential. The agencies make money by charging the companies who want a rating and also subscriptions for detailed ratings reports. Ratings agencies that make bad predictions should lose business and those that are timely and accurate should prosper.

But he said there was an clear market failure in that it is very expensive to get into the business of rating the world’s credit and the big three currently have 90 percent of the market share.

One suggestion canvassed has been to establish a European ratings agency as a counterweight to the big three. German Chancellor Angela Merkel has backed the idea, while stressing it must be driven by the private sector, not by any government. Others, including Würzburg University’s Peter Bofinger, one of Germany’s economic “wise men,” advocate a state-run ratings agency.

Indeed, moves to set up a European agency are already underway. The management consultant Roland Berger, the federal state of Hesse, Frankfurt Main Finance – which represents the city’s finance industry – and the Frankfurt Stock Exchange are working on a plan to establish an independent rating agency in Frankfurt.

Unlike the big three, which get paid by the companies and entities they rate, raising questions about the impartiality of the ratings, the Frankfurt agency would aim to be more independent. While the details are still being discussed, Roland Berger partner Markus Krall said in a recent statement that financial independence would be “a critical element to reduce conflicts of interest and restore credibility of and confidence in ratings.”

But Straubhaar told The Local that one large European agency would likely share the shortcomings of its American competitors. Having central banks or specially appointed government authorities doing credit checks would also fall short for the same reason.

“Also they would be under suspicion from the outset that they were not independent but were rather playing on the government’s side,” he said. “Their evaluations would therefore be tainted in the eyes of investors.”

“The intended rating agency would be under heavy pressure to rate Greek, Portuguese and Spanish bonds favourably.”

‘Listen to them – if you want’

Another option is that investors simply stop treating ratings agencies’ assessments as Gospel. But this is easier said than done. Institutional investors – mainly banks and insurance funds – are currently obliged by law to listen to the agencies. They are compelled even to respond quickly to changes to ratings, buying and selling according to whether a country or company is upgraded or downgraded.

“The most important investors, for example pension funds and insurance companies, cannot disregard ratings because these are an essential part of the laws governing the operations of these companies,” Homburg said.

Straubhaar argues that this urgently needs to change. He believes that the creation of independent auditors, funded by a compulsory levy on the financial industry, would be a step forward, as would greater transparency on how ratings agencies reach their assessments.

It should also be possible, he argues, to sue poorly performing agencies.

But the biggest change is that investors need to be free to listen to more than just three sources when judging the creditworthiness of a debtor.

“The ratings agencies should no longer play such a dominant role in the decision-making on the capital markets,” Straubhaar said. “They should only be one among several opinions. Listen to them – if you want.”