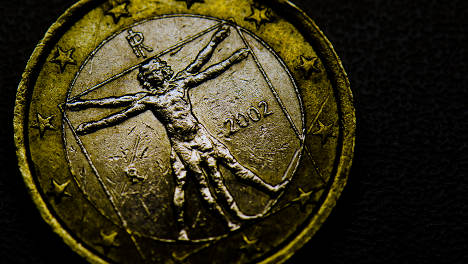 “There are no concrete plans for such a special summit,” government spokeswoman Sabine Heimbach told a regular news conference.

Calling an emergency meeting had been pushed by France and EU President Herman Van Rompuy.

“The important thing, and that is also the view of the chancellor, is that the work of the finance ministers on the Greek rescue package continue at full speed,” she said.

In Brussels, diplomats had suggested that “a meeting of eurozone leaders is under consideration,” while Van Rompuy said in Madrid that a summit “has not been excluded.”

“No decision has been taken”, Heimbach said, while acknowledging that it would be up to Van Rompuy to summon such a meeting.

German Finance Ministry spokesman Martin Kotthaus said for his part that the euro working group was hammering out a second rescue package for Greece, but noted

that Athens did not need to receive its next tranche of aid before mid-September and that there was no need for to “rush” decisions.

He also suggested Berlin would henceforth prove more flexible on how Greece might use financial help, saying it could, for example, use funds from the European Financial Stability Fund (EFSF) to buy back its bonds.

“It is already now theoretically possible for a state to receive financial aid and then to use some of this to buy back its debt,” he said.

European Investment Bank (EIB) chairman Philippe Maystadt had said on Tuesday that the eurozone planned to relieve Greece’s debt mountain by buying back Greek bonds at going rates on the secondary market.

Speaking on the Belgian RTL-TVI network, Maystadt, who took part in an EU finance ministers meeting in Brussels, said “measures must be taken to make Greece’s debt sustainable.”

“There is a proposal which is backed by the European Central Bank (ECB), by the European Commission, and which we are going to discuss, which would consist in enabling the European Financial Stability Fund to buy back Greek bonds at market rates,” he said.

Eurozone finance ministers on Monday agreed to beef up the size and scope of the EFSF, a rescue fund set up in the aftermath of last year’s €110-billion Greek bailout, which has a current lending capacity of €440 billion ($620 billion).

Kotthaus also said he expected private capital to participate in the second rescue package for Greece, a call long made by Germany.

He also insisted that Germany would not force the ECB into any decision on Greece, but would act “alongside” the ECB which remained “a central anchor” of the eurozone.

Germany and the ECB had previously strongly differed on whether to allow Greece to restructure its debt, with the central bank arguing that this would torpedo investor confidence not only in Greece, but in other debt-wracked eurozone countries.

Meanwhile Jens Weidmann, the new head of the Bundesbank, Germany’s central bank, warned that the current political cacophony over the debt crisis was weighing deeply on the eurozone.

“The cacophony over the past few weeks – and not only on the question of private capital participation – hasn’t helped to restore confidence in the ability of politicians to solve the problem,” he told the latest edition of Die Zeit weekly newspaper.

“To lift such uncertainty, eurozone countries must now, urgently, show they are capable of acting,” Weidmann said.

“In the current environment, linking new aid to private sector participation (in a rescue package) presents greater risks than chances of seeing every state agree,” he added.