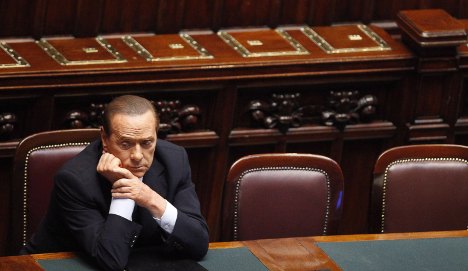 “I think a very important signal, which must be sent by Italy itself, would be the approval of a budget involving the necessary savings and budgetary consolidation,” Merkel told reporters in Berlin.

“I have full confidence that the Italian government will pass exactly such a budget. I spoke yesterday (Sunday) by phone with Italian Prime Minister (Silvio Berlusconi) about precisely this topic.

“This would send a signal that Italy feels obliged to carry out consolidation and tackle its debts,” Merkel said in Berlin following talks with Icelandic Prime Minister Johanna Sigurdardottir.

“The euro itself is stable, but in some countries there is a debt problem,” Merkel said.

Berlusconi’s government has earmarked about €40 billion ($56.5 billion) in savings over the next four years to stabilise the country’s public finances, Economy Minister Giulio Tremonti said earlier this month.

Rome has already pushed through spending cuts of €25 billion for 2011-12 and the latest package should reduce the budget deficit to just 0.2 percent of output by 2014 from 4.6 percent last year.

Speculation has risen in recent days that Italy, which has the eurozone’s third-biggest economy, could follow Greece, Ireland and Portugal in needing outside help.

Italy’s accumulated public debt is equal to about 120 percent of gross domestic product (GDP), one of the highest rates in the world. Borrowing costs on Italian debt reached record levels on Monday.