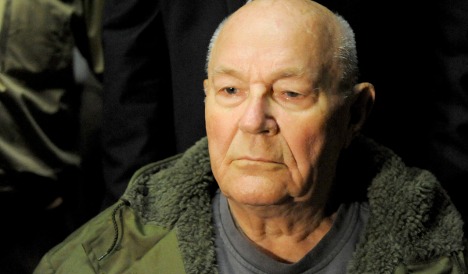 The prosecution in the southern German city of Munich said given that the regional Bavarian government had placed the 91-year-old in a retirement home where police report he is in fact residing, he did not pose a flight risk.

Ukrainian-born Demjanjuk was sentenced in May by a Munich court to a five-year prison term, and he had been in prison before and during the 18-month-long trial.

But a judge released him pending his appeal of the verdict because of his age and that he no longer posed a danger to society.

Demjanjuk is also now stateless, having been extradited by the United States and deprived of his US citizenship for lying about his past to US immigration, which means he cannot leave Germany to escape justice, the judge added.

Demjanjuk was found guilty of helping the Nazis gas some 27,900 Jews while serving as a guard at the Sobibor death camp in German-occupied Poland during World War II.

While there was no direct evidence of his presence or actions at the camp, the court said it believed he had served there as a guard, and was therefore automatically implicated in killings carried out there at the time.

Demjanjuk had denied the charges and has filed an appeal.

The prosecution, which had asked for a six-year prison sentence, has also appealed the court’s decision.