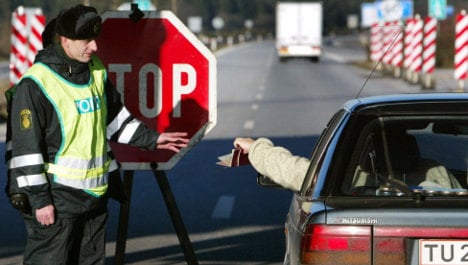 Europe Minister and deputy premier in the state of Hesse, Jörg-Uwe Hahn, told daily Bild‘s Tuesday edition that people should “vote with their feet” to show their disapproval of the Danish government’s policy, which many critics say breaches the Schengen Agreement allowing passport-free travel within most of Europe.

Denmark is set to hold its first customs checks at its land borders with Germany and Sweden on Tuesday morning.

“If Denmark reintroduces border controls in the holiday period, I can only advise doing a U-turn and taking a holiday rather in Austria or Poland,” said Hahn, a member of the liberal Free Democratic Party.

This would constitute a “vote with the feet by which you would be able to show the Danish government what you think of their policy.”

The Danish government is reintroducing the customs checks ostensibly to prevent the smuggling of drugs and weapons into its territory. The decision by the minority government was prompted by the far-right populist DVP party. The EU and the country’s neighbours have argued they will impinge on the freedom of movement within the visa-free Schengen area.

Danish officials have played down the impact of the border checks, saying they would not hinder traffic and trade.

Starting Tuesday morning, 30 customs agents on the German border and 20 officers at Swedish crossings will stop vehicles to search for drugs, weapons and illegal sums of money. Next year the number of agents will increase and Denmark will install electronic scanning equipment and build new customs houses along major road and rail routes.