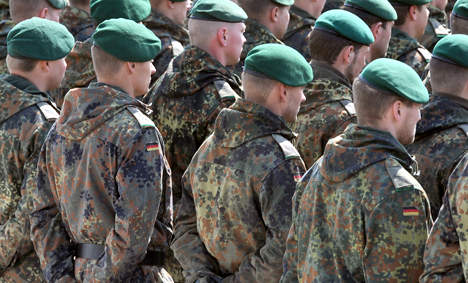 On Monday, Defence Minister Thomas de Maizière visited a Berlin barracks to mark the end of the 54-year-old tradition by greeting new volunteer recruits. Most of the 3,419 volunteer soldiers, including 44 women, have committed to 15 months of service.

“On Friday, the Bundeswehr ceased to exist as a conscript army,” de Maizière said. “I don’t have the fear that the Bundeswehr will not remain anchored in the middle of society.”

That is a key concern of many of those who have opposed the end of conscription, which more than eight million German men have participated in over the years.

There are also worries that the nation’s armed forces have become disorganized and militarily ineffective in light of a recent European Defence Agency report, which called the Bundeswehr the most ineffective military in the NATO alliance.

But de Maizière and other German officials have disputed the report.

“The tenor isn’t surprising. But the conclusions of the study are wrong,” he said on Monday.

The Bundeswehr has rolled out a new advertising slogan in honour of it’s change to a professional force: “We. Serve. Germany.”

The German Armed Forces Association, which acts as an advocate for the interests of soldiers, said volunteer recruits need to be aware of the challenges that face them.

It’s important that recruits know how dangerous military life is and not just “the nice side of the soldiering profession,” said Chairman Ulrich Kirsch.

The end of conscription is just one part of a package of reforms planned for the Bundeswehr. In coming years, officials hope to reduce the number of soldiers from the current 230,000 to around 185,000.