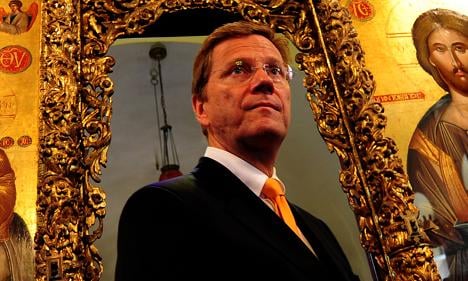 Westerwelle told the daily Die Welt that Turkey is becoming a regional powerhouse and the fact that it’s EU aspirations appear to be at a standstill is shameful to all sides involved.

It’s location, diversity and European outlook can make it a “bridge to the Islamic world,” he said. “We want to overcome this impasse,” Westerwelle added.

Berlin’s foreign minister has just returned from a trip to Turkey, where he held extensive talks with his counterpart Ahmet Davutoğlu. In the coming days Davutoğlu will undertake travels in the Arab world, where Germany has deep interests.

Turkey’s long-running EU accession bid has run into strong opposition among many Europeans who see it as not being economically or politically ready.

Some have argued that those fears are a mask for deep discomfort with Islam in Turkey, although the state there is secular.

Westerwelle is aware that increasing closeness with Turkey is likely to be controversial in some quarters – including within Chancellor Angela Merkel’s centre-right coalition.

But Westerwelle said a closer ties with the country would be in Europe’s interest.

He is being joined by prominent business leaders like Dieter Zetsche, who was born in Turkey and is the chairman of German car company Daimler.

He told the Bild newspaper that Germany and all of Europe needs Turkey.

“Instead of building more and new obstacles until one day Turkey turns away, we need to open the door very widely,” Zetsche said.