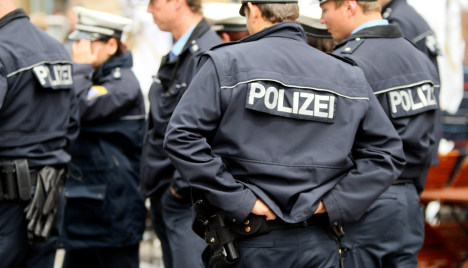 After an internal battle lasting months between Chancellor Angela Merkel’s conservatives and their junior coalition partners the Free Democratic Party (FDP), the two sides have reached a compromise to extend the laws for another four years, though with changes.

The laws were originally passed by the former Social Democratic-Green coalition government following the September 11, 2001 attacks in the United States. They gave security forces greater powers to access data such as flight information from airlines and the movement of money between bank accounts of terrorism suspects. The existing regulations expire in January next year.

The two ministers had been battling over whether and how to extend the laws. Friedrich, of the Christian Social Union, the Bavarian sister party to Merkel’s conservative Christian Democrats, wanted to keep the laws in place and even strengthen them in some respects.

Under the compromise, the laws would be applied for the next four years “as far as they are necessary,” Friedrich said.

Some will be strengthened. For example anti-terrorism authorities will in future be able to gather information about flights and bank accounts from central points, where previously they had to collect the data from individual airlines and banks.

Other laws will be scrapped, including those that give authorities the power to obtain information about mail and post office boxes. So-called “mini-eavesdropping,” whereby officers place microphones on their own bodies for self-protection, will be dropped. Friedrich said this had not been used by intelligence officers anyway.

Friedrich lost his battle to give security services the power to open suspects’ bank safety deposit boxes. He also failed to put in place fines for airlines that refused to hand over data. He acknowledged he had backed down on those issues.

Leutheusser-Schnarrenberger acknowledged authorities needed special powers to combat terrorism, but stressed nothing would be rubber-stamped. She said the criteria for authorities to obtain private data had been tightened.

The vexed issue of data retention, whereby phone and internet companies are compelled to keep data on their customers calls and website visits for a certain period, is still being debated.

But the socialist opposition party The Left was sharply critical of the laws’ extension, saying they infringed on citizens’ most basic rights.