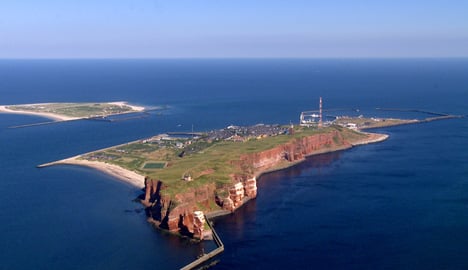 The around 1,200 eligible voters are deciding if the one-square-kilometre main island will be reconnected with a smaller neighboring island to create more beaches and space to build hotels.

Advocates hope the plan would attract more tourists and could even help halt a steady population decline.

The two parts were physically connected until 1720, when a storm tide washed away a land bridge. The unification plan is to fill the shallow waters between the two islands with sand.

They are the only German islands not in the immediate vicinity of the coast. Around 70 kilometres from the mainland, the archipelago is an attractive day-trip destination for tourists. Last year some 300,000 visitors came for a day out while around 60,000 stayed overnight.

But critics say the plan meant to boost tourism, the islands’ most important industry, could backfire. Many tourists come to Helgoland precisely because they see it as a unique North Sea refuge, attractive because there is little organized tourism and no overdevelopment.