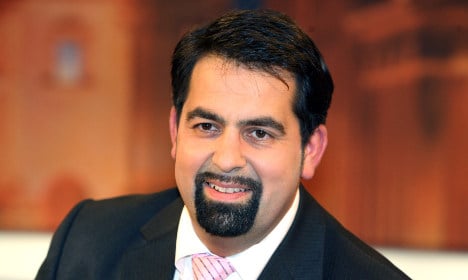 Muslim groups and security authorities have been called together by Interior Minister Hans-Peter Friedrich for the meeting to discuss strategies to prevent and fight Islamist violence.

“Those who have become radicalised are a disappearing, small minority,” Aiman Mazyek, head of the Council told the Schwäbische Zeitung.

“It would be fatal if the more than four million Muslims in Germany were to come under general suspicion.”

He added that Mosque-based and Muslim religious communities presented no danger.

“Recognising and identifying extremist tendencies is the duty of everyone in Germany, including Muslims,” he said.

A conference of state interior ministers earlier this week decided to put more attention on groups of radical Salafist Muslims. Mazyek said this could be a mistake if taken too far.

“We should not make the mistake of making them more important by giving the Salafists too much attention in this debate,” he said. “We need more funds for political education, for anti-extremism programmes, for the training of Muslim confidants and for exit programmes,” he said.

The summit was to do something to combat fears that in particular young Muslims are in danger of being radicalised by preachers and violent images accessed over the internet. The attack at Frankfurt Airport in March, in which a radicalised young man killed two American soldiers, was a case in point – the first Islamist attack in Germany.