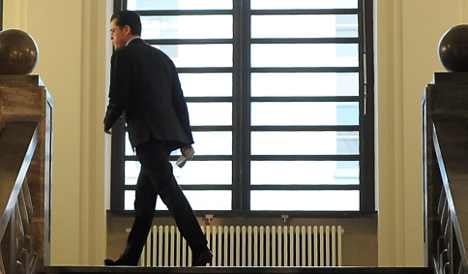 The Grimme Online Award was given to the internet platform GuttenPlag Wiki, it was announced on Wednesday in Cologne.

“The net is political, creative, innovative and also an important element of collective scrutiny and individual participation,” said Uwe Kammann, director of the Grimme Institute, a respected media research institute.

The voluntary workers at the ‘GuttenPlag Wiki’ were honoured for the idea, the initiative they took to start the site, and their authorship.

“The jury praised the fair and impartial operating principles of the administrators of the wiki,” a Grimme Institute statement said. The project made it clear that text comparisons can be well organised on a collective basis, and show what possibilities the internet offers for collaborative work, the institute said.

The website enabled enough proof to be gathered of Guttenberg’s plagiarism to force his alma mater Bayreuth University to launch an investigation, which concluded that not only did he copy large parts of his thesis but that he did it deliberately.

Guttenberg, who was once considered a rising star within the government, resigned in the wake of the scandal and has, for the time being, disappeared from political life.