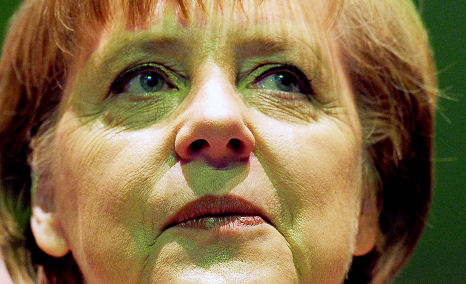 A survey of top executives, political officials and civil servants in Europe’s top economy by Capital business magazine in its current issue showed that 77 percent were disappointed with the coalition’s performance.

And 78 percent said the government was “weak,” with many citing zigzagging policies on phasing out nuclear power as a stand-out failure.

More than half – 58 percent – held Merkel personally responsible for the

government’s failings as a “weak chancellor”, versus 37 percent who considered her “strong”.

In December, it was the opposite picture with 37 percent branding Merkel weak and 54 percent praising her as a strong leader, although 61 percent called the government weak.

Nearly 80 percent of those surveyed said that a decision last month to phase out all of Germany’s nuclear power plants by 2022, reversing a previous plan to extend their lifetimes, smacked of indecisiveness.

Only 14 percent said they were persuaded by the government’s new energy programme, despite the widespread opposition to nuclear power in the country.

A separate poll, however, showed more support for Merkel among voters.

The survey by the Forsa institute for Stern magazine published Wednesday showed the 56-year-old chancellor had reclaimed the top spot in a popularity ranking of top politicians.

However voter-intention surveys indicate that the fractious coalition of Merkel’s conservative Christian Union alliance with the pro-business Free Democrats would fall far short of a ruling majority if the general election, planned for 2013, were held now.