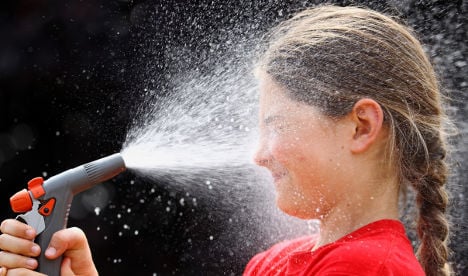 The weather services Donnerwetter.de and Wetter.net both expect a warm summer, though the official German Weather Service (DWD) says it is pointless to try to predict more than 10 days at a time.

Donnerwetter.de meteorologist Karsten Brandt said odds were “high that the weather will turn out sunny with a tendency to be dry.”

“Short heatwaves of a few days will be followed quickly by cooling in the form of fierce storms with heavy rains,” Jung said, adding that tornadoes were possible.

But the official German Weather Service’s (DWD) Helmut Malewski said in a statement that predicting more that 10 days ahead is like “reading tea leaves.”

His official forecast for this week is that the unsettled weather of recent days is set to continue even as warmer temperatures arrive in the middle of the week before things cool down again.

Sunny periods will alternate with showers and even thunderstorms, Malewski said. The middle of the week will be somewhat warmer, with temperatures creeping up to about 30 degrees Celsius in southeastern Bavaria.

Patches of rain will be the constant feature of the week. After a cool but mostly dry Monday night with overnight lows of between nine and 15 degrees Celsius, Tuesday will bring scattered cloud with some rainfall turning to heavy showers and thunderstorms in parts of the country. High temperatures will rise to between 21 and 25 degrees in the south and between 17 and 22 degrees in the north.

Showers will continue into the early evening but should clear up during the night, especially in the centre and north of the country. Overnight lows will range from 10 to 16 degrees.

Wednesday will be changeable with sunny periods interspersed with thick cloud. The south and east of the country will enjoy the more pleasant weather early on. Scattered showers will appear particularly in the west and north. But as the day progresses, the south and southeast may see thunderstorms. High temperatures will range from 20 degrees on the North Sea coast to about 30 degrees in southeast Bavaria.

Overnight lows will range from 12 to 16 degrees.

Thursday will also be changeable albeit cooler with high temperatures ranging from 17 to 21 degrees.