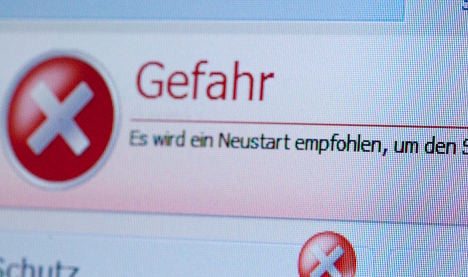 “At the heart of cyber-security is the protection of critical infrastructure,” said Friedrich at the opening of the National Cyber Defence Centre in Bonn. He said that electricity and water suppliers especially needed to be protected from nefarious hackers.

The facility, which is a cooperative effort between Germany’s various security agencies, is opening as concern increases worldwide over the vulnerability of private as well as public infrastructure to internet terrorists and espionage. It has six employees and will coordinate action plans during cyber-emergencies.

The United States has been particularly vocal about the risks of cyber attacks, complaining about attacks from countries like China and admitting that Washington and its allies must greatly improve the protection critical systems.

Cyber warfare could cause immense damage and directly affect significant parts of the German population, Friedrich told the daily Frankfurter Rundschau on Thursday, which is why the government has developed a strategy including the new centre.

A German report on IT security, also released on Thursday, detailed how attacks have become more sophisticated and targeted in recent years, demanding greater security efforts.