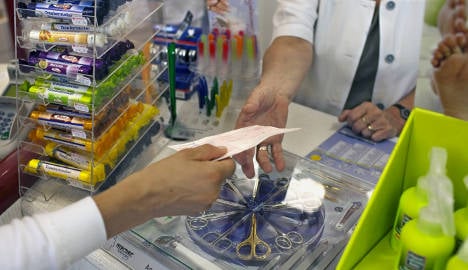 The Drugs Report 2011 from the Barmer GEK statutory health insurer is highly critical of a range of prescribing trends.

“There have been clear warnings and contraindications for years against the new patented contraceptive pills, neuroleptic drugs for dementia patients as well as for benzodiapines for alcoholic people. Despite this prescription is continuing at a critical level,” said the report’s author Gerd Glaeske, professor at the Bremen Centre for Social Policy and a widely-respected health policy expert.

The report showed that nearly 14 percent of alcoholics in Germany are prescribed the strong benzodiapine sleeping pills, despite their high addiction risk.

Many patients receive the drugs during clinic stays to come off the drink, as well as afterwards to combat sleep problems and panic attacks. They should not be used for longer periods by alcoholics, the report said, as they are highly addictive and amplify the effect of alcohol.

“A patient group with increased fatality risk is getting drugs where the efficacy is in part unproven, and where the effects of long-term use remain unclear,” said Glaeske.

Nearly half of the 20 contraceptive pills which were most widely prescribed in 2010 contain a new hormone mixture which presents twice as much risk of a potentially fatal blood clot as other older pills, the report said. The rate of use among young women in particular was examined, with figures showing that up to 16 percent of girls up to 16 years old, and depending on the region, between 47 and 74 percent of those between 16 and 19, took the pill.

“It is all the more questionable that many of the newer pills, including top-sellers, demonstrate a comparably high risk of thromboembolism,” the report said.

“Tested pills of the second generation remain the medication of choice, as with all other pills, the risks are higher or difficult to predict,” Glaeske said.