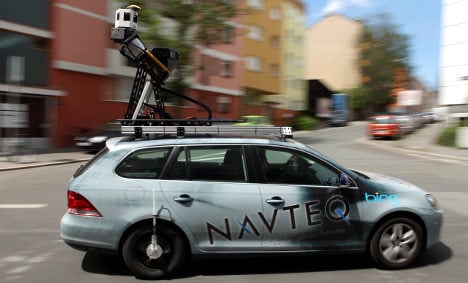 “We are prepared to work with data protection officials,” said Ralph Haupter, the head of Microsoft in Germany, on Thursday. “We want to take the concerns seriously.”

Microsoft in May started filming the largest cities in Germany for its “Streetside” service, which is similar to the “Street View” offering of internet firm Google. Both show detailed street-level pictures for online maps.

Google last year ran into stiff resistance in Germany from both privacy advocates and data protection officials after launching “Street View” and was forced to blur out people’s residences if they withheld consent. Over 200,000 Germans decided to opt out.

After the often strident public debate sparked by Google’s service, Microsoft consciously chose to postpone the start of “Streetside” in Germany.

“We already waited twelve months, because we wanted to do a better job of taking the interests of consumers and data protection officials seriously,” said Haupter.

In addition to blurring residences prior to launching its service, Microsoft will allow Germans to lodge their objections after the panorama pictures have been put online as well.