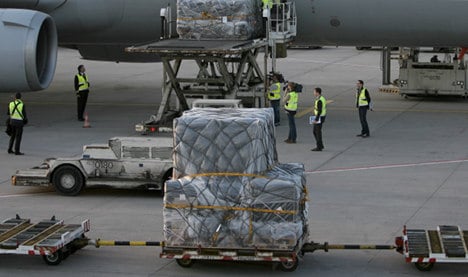 “Public awareness of the shortcomings” in cargo inspections “increases the risk that these vulnerabilities can be used to commit terrorist attacks,” reads a memo from the Transport Ministry to the Bundestag’s budget committee seen by the Financial Times Deutschland newspaper.

The ministry wants more employees need to be hired right away by the Federal Aviation Office, which conducts many of the checks on cargo.

More than 400 new jobs were set to be created for air cargo security after the attempted attacks last fall, but none have yet been hired as government ministries works out a plan to improve security measures. The Interior, Transport and Finance ministries have not been able to create a coordinated approach to the situation, the Financial Times reported.

As an urgent step, officials are hoping to quickly fill 80 positions, but it’s unclear if that will be approved.

Carsten Schneider, an MP for the centre-left Social Democrats told the newspaper the state of affairs was a “scandal” and said “petty jealousies” had led to the stalemate.

Shortcomings in German cargo security burst into the international spotlight last year after revelations that explosives from Yemen had been shipped through Germany and the parcel bomb appeared at Angela Merkel’s office.