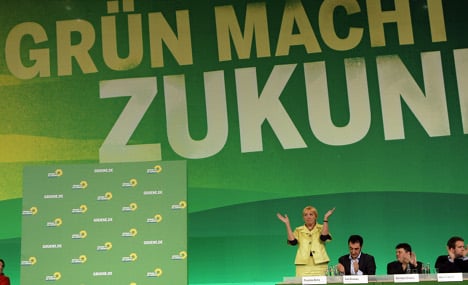 As the debate over Germany’s energy future rolled on, support for the Greens rose a point to 27 percent, according to the latest Stern-RTL poll, which takes into account public reaction to Merkel’s announcement 10 days ago that Germany would quit nuclear power by 2022.

That puts the Greens just three points behind Merkel’s Christian Democratic Union and their Bavarian sister party the Christian Social Union, who are on 30 percent.

Under Germany’s parliamentary system, the 49 percent commanded by the Greens and the SPD together would give them a majority of the Bundestag seats, allowing them to form a government if the election were held now.