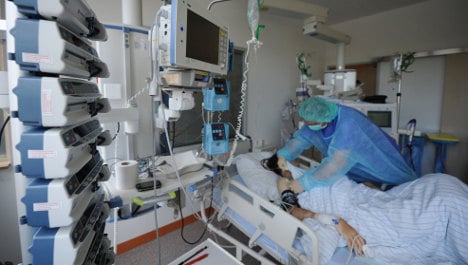 The women died on June 1 and May 31 respectively of complications linked to the enterohaemorrhagic E. coli (EHEC), though the cause of their deaths has only more recently been determined, state officials said.

But a spokeswoman for the Robert Koch Institute, the national public health authority, said that it had taken one fatality off the list after the Bavarian health office said the person had not died of the same infection.

The announcements came as the trail grew still colder on the source of the outbreak. Authorities in Hamburg announced that a packet of sprouts bought by an EHEC survivor and originating from the Lower Saxony farm named on Sunday as the suspected source of the outbreak had tested negative for the bacteria.

Hamburg Health Minister Cornelia Prüfer-Storcks said on Tuesday that a 42-year-old patient had been treated for an EHEC-related illness around the beginning of May and recovered. On Monday, he found in his fridge a 100 gram packet of mixed “mild sprouts” from the Bienenbüttel farm that had an expiry date of April 23.

The sprouts showed no signs, however, of contamination. This followed the revelation on Monday that 23 out of 40 samples taken from the Bienenbüttel farm had also tested negative.

All but one of the deaths reported since mid-May have occurred in Germany. The other fatality was a woman in Sweden who had recently returned from Germany. The outbreak has also left more than 2,300 people sick in at least 14 countries.

Also on Tuesday, the European Commission announced it would ask European Union states to release €150 million in aid to European vegetable producers whose sales had suffered because of the outbreak.

“I will propose €150 million today,” European agriculture commissioner Dacian Ciolos told reporters ahead of an emergency meeting of EU farm ministers in Luxembourg.

The compensation will cover the period from the start of the crisis in late May to late June, he said, adding that the figure could change depending on the losses calculated by different European Union members.

Ciolos added that it was crucial for authorities in Germany, the epicentre of the crisis, to find the source of the outbreak of deadly E. coli that has killed 23 people.

“I hope that the authorities will be able to give an answer on the source of the infection as quickly as possible,” he said.

“Without this answer, it will be difficult to regain the trust of consumers, which is essential for the market to regain its strength,” the commissioner said.