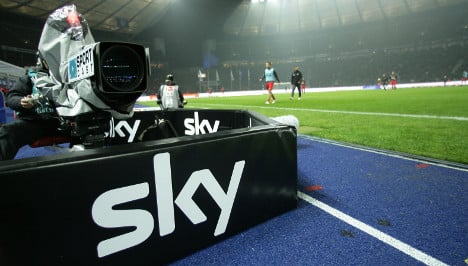 The unusual tactic, which is actually aimed at bolstering subscription numbers, has angered some pub owners, though Sky has defended its methods, weekly Der Spiegel reported.

Munich-based Sky, which is Germany’s largest pay-TV broadcaster and is half-owned by Rupert Murdoch’s News Corporation, is sending undercover agents to check whether a pub’s guests are being shown a Bundesliga broadcast using a borrowed Sky code card for example. They are particularly heavily deployed on Saturday afternoons.

If the investigator thinks the broadcast is not part of a proper subscription, a Berlin law firm demands the landlord pay a fee of €3,000 and issues a “cease and desist” notice. The amount will be reduced to €300 however, if the landlord simply signs up to a Sky subscription for businesses like pubs.

One angry landlord in the Augsburg region of Bavaria who supposedly showed the big match between Bayern FC and Schalke 04 on April 30, in turn lodged a successful complaint of a false accusation. The landlord demonstrated that the investigator had totally fabricated the forbidden football broadcast, Der Spiegel reported.

Some accused pubs have asserted they did not even have a television in the pub – and had the accusations overturned.

“We do it much more frequently than we used to. Our advice is that the legal processes are completely valid,” Winter said.

He said there was nothing wrong with reducing the punishment through an offer to take out a subscription.

“We’re not after all interested in a legal dispute. We want people to become our customers. And the conversion rate is by the way very high.”