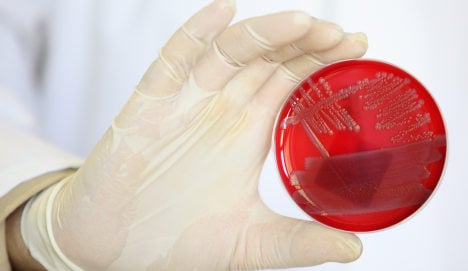 The European Commission said it would send an expert team to Germany to bolster efforts to find the origin of the killer bacteria, as Qatar became the latest country to ban imports of salad items from Germany.

German weekly newspaper Focus reported Saturday that authorities suspected a harbour festival that took place in Hamburg on May 6-8 and drew 1.5 million visitors from Germany and abroad.

But the country’s national disease body, the Robert-Koch Institute, said there did not appear to be a connection.

“Press information regarding a link between the E. coli infections and large gatherings does not correspond with the institute’s knowledge,” German news agency DPA quoted it as saying.

Local media reported that a man in his 50s who died in Brandenberg may be the 20th victim of the bacteria in Europe. But the cause of death was uncertain as he had several infections besides E. coli.

German reports also claimed police were investigating a deliberate act and were checking two restaurants in the northern town of Lubeck, one in which 17 diners fell ill and another in which eight women were affected, one of whom died.

Christian Seyfert, a spokesman for the consumer protection ministry in the region told AFP that speculation about the eateries’ link to the outbreak was unfounded.

Germany is facing its biggest epidemic caused by bacteria in recent decades. All but one of the fatalities since the outbreak of enterohaemorrhagic E. coli (EHEC) poisoning began last month have occurred in Germany.

A patient who died in Sweden had recently returned from Germany.

Cases of E. coli poisoning have also been reported in Austria, Britain, the Czech Republic, Denmark, France, The Netherlands, Norway, Spain, Sweden, Switzerland and the United States. Each is related to German travel.

Berlin initially blamed the outbreak on cucumbers imported from Spain, provoking a backlash from Madrid which said it would seek damages from Europe for slander.

And countries like Russia and Lebanon banned vegetables from the EU, in moves criticised by the 27-member bloc.

Qatar has banned the import of cucumbers, tomatoes and lettuce from both Spain and Germany, state news agency QNA reported Saturday, and “will not hesitate” to ban all vegetables from all European countries if necessary, the agency quoted a health council spokesperson as saying.

To ease tension over heavy trade losses, European agriculture ministers are scheduled to meet in Luxembourg for talks after June 17, according to diplomats.