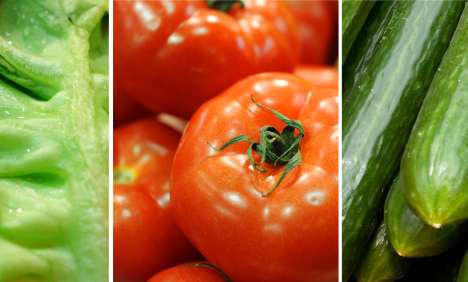 An 80-year-old woman succumbed to the infection in Germany, authorities said. The woman died in a hospital in the northern state of Mecklenburg-Western Pomerania, the state health office in Rostock reported.

All but one of the deaths from enterohaemorrhagic E. coli (EHEC) poisoning, which broke out last month, have been in Germany but infections have been reported in 11 other countries – and the bacteria may have sickened six people in the United States.

The boosted US surveillance measures were implemented 24 hours after Germany issued a health advisory about the outbreak.

“The US food supply is not in jeopardy,” said David Elder, Food and Drug Administration director of regional operations.

“As a safety precaution, however, the FDA has established import controls,” which involves testing any shipment of cucumber, fresh tomatoes and lettuce from Spain and Germany, he added.

“Any products found to be contaminated will be refused admission to the US.”

Elder noted that the United States imports a very small amount – only about 0.2 percent – of its produce from Germany and Spain.

A spokesman for the Centers for Disease Control and Prevention said that the number of suspected cases among Americans has risen to six – four people in the United States who recently traveled to northern Germany and two US servicemen stationed there.

“The US Department of Defense has been notified of this outbreak because of the presence of US military bases in Germany,” said the CDC’s Chris Braden, a day after his agency announced three suspected US cases.

“There are no confirmed cases among US military personnel or their dependents at this time. However, recent reports indicate two US service members in Germany with diarrheal illness that are being evaluated as suspect cases.”

Two women and one man remain hospitalized in the United States, and a fourth person was reported ill but did not develop hemolytic uraemic syndrome (HUS), a kidney disease that can be life-threatening, said Braden.

Confirmation of those cases was expected within days.

Braden said similar outbreaks of shiga toxin-producing E. coli were investigated in the Republic of Georgia in 2009 and in South Korea in 2006, but the sources were never identified.

All but one of the fatalities since the outbreak of enterohaemorrhagic E. coli (EHEC) poisoning began last month have occurred in Germany. A patient who died in Sweden had recently returned from Germany.