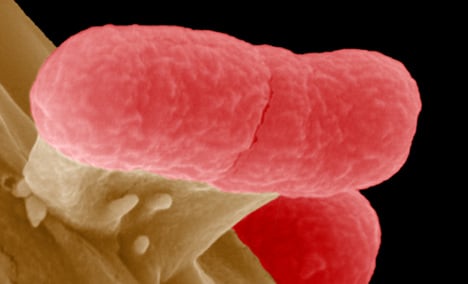 The enterohaemorrhagic E. coli (EHEC) outbreak has killed at least 18 people in Europe, sickened more than 2,000 and caused untold millions of euros in losses to food producers. But the search for the source of the illness, which some have likened to a new “super-bug,” has been fraught with frustration and difficulties.

Do you have hope that we will soon be able to fight the EHEC epidemic effectively?

I very much hope that we find the source soon. This new strain is not classical EHEC. It is a recombination … like putting two Lego pieces together. Built up from two components of two different disease-causing E. coli bacteria, a new type has developed: Two become one, and this one is more than the two variations by themselves when it comes to the power of infection. Why so many people, especially women, are so sensitive to this pathogen is beyond me.

What is the way out of this if the source of the infection can’t be found quickly?

One should think about vaccines. But I’m a microbiologist, not a doctor.

The Spanish cucumbers were clearly not the source of the infection. Why is the federal government still warning us about raw tomatoes, cucumbers and salad?

This is a precautionary measure. Just because one doesn’t find anything, this does not mean that nothing is in the fresh vegetables. Maybe up to now, too few samples have been studied. As long as the source is not found, we must still warn people. Compare this to a park where you know that people are often being attacked, but the perpetrator has not yet been caught. Then you would warn the population about the park, without knowing who the criminal was exactly.

Could contaminated water in refrigerated store rooms or animals such as snails in greenhouses be causes?

All this is possible. EHEC is transmitted by animal waste, contaminated soil, contaminated water and hand-to-hand contact with humans. Other things, however, can’t be excluded. There are many animals that can transmit EHEC, without being sick themselves. EHEC bacteria survive sewage treatment plants. We can be relatively sure it isn’t in drinking water. But it’s in the water cycle.

How do we find an answer to this puzzle?

Due to the numbers and the origin of the cases, the cause is probably in Germany. Whether the outbreak has been caused by foreign or domestic food is still unclear. The only concentration is the Hamburg area – the epicentre, as it were. Either the source is still not dried up or a man-to-man transmission growing like a snowball is in progress. The question at the moment is whether new patients had contact with old cases – or whether the new cases have been infected via another unknown factor.