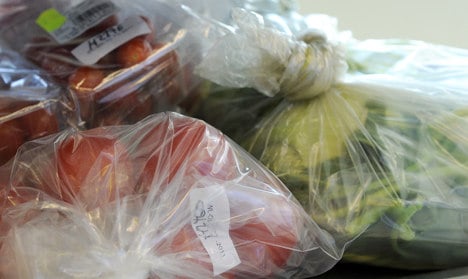 A report in Bild tabloid newspaper due to be published on Saturday said police in the port city were investigating two food distributors and one restaurateur on, “suspicion of trading health-endangering foodstuffs in connection with the contaminated cucumbers,” according to a police spokesman.

“The situation is that the number of new infections appears to be stabilising somewhat,” Reinhard Brunkhorst, president of the German Nephrology Society, told reporters in Hamburg, the epicentre of the scare.

But he added, “We are dealing here in fact with the biggest epidemic caused by bacteria in recent decades.”

Those infected can develop stomach cramps, diarrhoea, fever and vomiting, while severe cases can include haemolytic uraemic syndrome (HUS) and kidney failure.

Seventeen of those who have died of complications arising from the EHEC infection were in Germany while one person who died in Sweden had recently returned from Germany.

More than 2,000 people in Germany have confirmed EHEC poisoning while at least 470 of them have developed HUS, according to the World Health Organisation (WHO), with 10 other European countries plus the United States reporting HUS or EHEC infections.

There are 29 cases of HUS caused by EHEC outside of Germany, but all apart from two of these cases are in people who live in or had recently visited northern Germany, or, in one case, had contact with a visitor from there, the WHO said.

Blood plasma supplies needed to treat HUS patients are in strong demand in northern Germany, with the regional blood donor service delivering 7,500 units to hospitals in Hamburg and Schleswig-Holstein over the last few days, whereas normally between 800 and 1,000 units are needed per month.

This has led to blood supplies being shipped to the north from other areas of the country, particularly the south, where E- coli infections are fewer, meaning the demand is lower. The service is confident that despite the regional discrepancies, Germany as a whole would not face shortages.

Authorities said they were no closer to identifying the origin of the outbreak but Chancellor Angela Merkel defended an earlier warning against Spanish cucumbers which later turned out to be wrong, while Russian Prime Minister Vladimir Putin said he would not allow Russians to “get poisoned” by European vegetable imports and has refused to lift a broad import ban.

Authorities emphasised that, contrary to some fears, there was no evidence the outbreak was started by bio-terrorists.

“Both leaders agreed that the priority now must be to identify the source of the EHEC outbreak in order to be able to take further measures to protect the public,” Merkel’s spokesman Steffen Seibert said in a statement.

Both Berlin and Madrid said that they had agreed to seek compensation at European level. Farmers in other countries have also complained that they have been affected.

The Robert Koch Institute (RKI), Germany’s national disease centre, still advises consumers, primarily in the north of the country, to avoid cucumbers, tomatoes and lettuce – whatever their origin.

“It doesn’t matter where the products come from. They can be from Germany, Israel or wherever … At the moment we are unable to narrow it down,” Andreas Hensel, head of the Federal Institute for Risk Assessment (BfR), said on Friday.

Russia, meanwhile, has banned vegetable imports from the whole of the European Union in response to the scare, earning the ire of the European Commission, which called the move “disproportionate.”

Fernando Valenzuela, the head of an EU delegation to Russia, said the ban was “not compliant” with Moscow’s bid to join the World Trade Organisation.

Putin said he would check the validity of Moscow’s ban but warned he would not allow Russians to “get poisoned” for the sake of its WTO membership hopes.