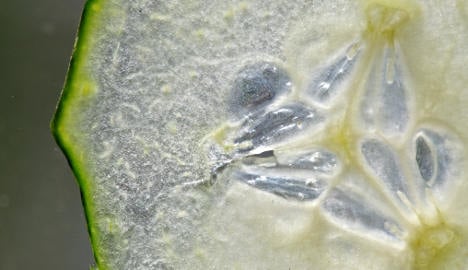 The authorities had a duty to inform the public about the related illnesses, “in all phases and to deliver the results of analysis to the European rapid warning system,” she told him in a telephone call on Thursday evening, according to her spokesman Steffen Siebert.

She said she had great understanding for the economic problems being suffered by the Spanish vegetable industry as a result of the wariness of consumers to buy its products. But she said German and other vegetable producers had also been affected.

17 people have now died in Germany of complications caused by EHEC bacterial infection.

Merkel and Zapatero agreed that the main focus should now be to identify the source of the infection in order to be able to take measures to protect the people. Both countries would also make attempts to help those farmers affected, and remain in close contact on the matter, said Siebert.

Zapatero had previously criticised the European Commission for not withdrawing an initial warning against Spanish cucumbers fast enough – blaming the German authorities for pointing the finger at the produce as the potential source of the outbreak before admitting they could not be sure.

Spain would push for an explanation and “suitable compensation.” The European Commission lifted its warning against Spanish cucumbers on Wednesday evening.

Russia said on Thursday it would need to be convinced that Europe has a lethal bacteria outbreak under control before it would lift ban on vegetable imports from the entire European Union.

The Russian consumer watchdog said that “the competent structures” from Germany or the European Union should confirm the “reasons for the epidemic” of supposed E. coli in Germany and a number of other European countries.

They should also establish how and through which foodstuffs the bacteria was being transmitted and pinpoint the origin of contaminated foods, the consumer watchdog, Rospotrebnadzor, said in a statement.

European officials should also prove the situation has been taken under control and release a list of measures that have prevented the disease from spreading further.

“Receiving the above-listed information will allow to drastically correct the situation and prevent the disease from spreading among the Russian population, with traders sustaining minimal losses,” the consumer watchdog known said in the statement posted on its website.

The European Commission called on Russia to immediately withdraw the ban, calling the measure “disproportionate”.