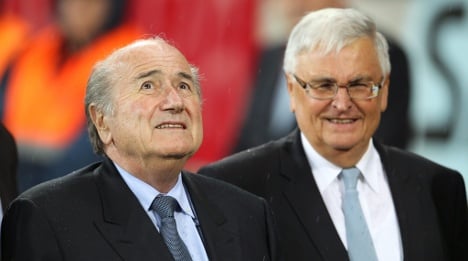 “I think there is a significant degree of suspicion that one cannot just dismiss,” Zwanziger told ZDF public television, when asked about calls for the sport’s world governing body to take away the event from Qatar.

“And that is why I reckon that the awarding of this World Cup must be re-examined with regard to these concerns,” he said.

“I do not want to comment on how that might happen until I know more about the matter. I am an outsider and not a member of the executive committee,” the DFB president added.

FIFA has been rocked by an unprecedented wave of corruption revelations of late, stemming from the race to host the 2018 and 2022 editions of the World Cup, which Russia and Qatar won in December.

Two FIFA officials were suspended after a newspaper sting found they offered to sell their votes, while England’s former 2018 bid chief said he witnessed “improper and unethical” behaviour by four FIFA voters, including Warner.

Despite the crisis, embattled FIFA president Sepp Blatter, who has led the body since 1998, is favourite to be re-elected unopposed for a fourth term Wednesday.