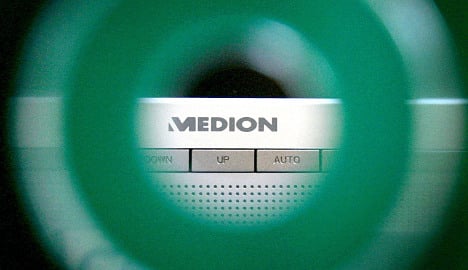 Lenovo, the world’s fourth-largest computer manufacturer, will pay €13 cash per share, which is a premium of 29 percent on the average closing price for last month.

The aim is a full takeover of Medion with at least 51 percent of the shares. The takeover would mean the Lenovo doubles its share of the German personal computer market and becomes the third-largest manufacturer in the world.

Medion’s founder and current majority shareholder, Gerd Brachmann, has already agreed to sell 40 percent of the company’s shares for 80 percent cash and 20 percent shares in Lenovo. He will keep 20 percent of Medion’s shares.

Lenovo said its offer was dependent on competition regulations being met and a minimum 15 percent acceptance threshold being met – above the 40 percent Brachmann is selling.

The deal means Lenovo will have 14 percent of the German PC market and a 7.5 percent share in the western Europe market. Lenovo acquired the former IBM PC Company Division, which marketed the ThinkPad line of notebook PCs, in 2005 for about $1.75 billion.

“This agreement represents another bold move for Lenovo to realize its long-term strategy,” said Lenovo CEO Yang Yuanqing. “It will complement both Lenovo’s core PC business and new businesses, which are key areas for development.

“With their strong consumer sales, marketing, services and retail capabilities, Medion AG’s business is perfectly aligned with our consumer growth strategy in western Europe. Bringing together this ‘front end’ with Lenovo’s ‘back end’ manufacturing capability and supply chain will make both companies even more successful and competitive.”

He said together the two firms would build an end-to-end consumer platform that would give Lenovo the capability to compete successfully in the “mobile internet” market.